It took my breath away to see a Gauguin for the first time. As I turned the corner, Ruby strapped into the Baby Bjorn on my chest, there it was. Staring back at me. It stopped me in my tracks.

I learnt about Gauguin after reading Van Gogh’s letters to his brother. Then from watching the YouTube documentaries about Van Gogh and his fateful time with Gauguin . At that point, I was deep in the rabbit hole of other art documentaries and books.

However, living in Sydney and being restricted in the travel we can do right now (thanks to our beautiful baby daughter) I’ve only ever seen his work in books. At the Masters Of Modern from the Hermitage exhibition currently at the Art Gallery of NSW (ending 3rd March), the Gauguin is just the beginning.

The Gauguin is just the beginning.

There are also the Matisse’s. Again, I had never seen them in person. What a difference it makes! The colour jumps off the canvas. Even Ruby stopped to admire them, before continuing to charm everyone over the age of 65 all the way from the member’s lounge to the exhibition and all the way to the gift shop.

At every turn, there are names you only read about. Names that sell for tens of millions at auction making headline news.

For those who have seen the big names before, what stands out at this exhibition is the wide variety of them. From Monet’s misty London scene to Cezanne’s still lifes, to Matisse, Picasso (there is a powerful Picasso that had me coming back for more), Kadinsky, Pissarro, Malevich, Denis, Bonnard, and much more.

These are the headlining acts of the show.

However, the real story here isn’t the art.

The real story is one of mob mentality versus individuality, fear versus progress, bravery, wealth and murder.

That’s because this whole exhibition was collected by one man and a time when his actioned were very unpopular. He was the Russian businessman Sergei Shchukin.

Here was a man who traveled to the West for work and fell in love with the works of people including Monet, Cézanne, Matisse, Picasso, Gauguin, Kandinsky, Pissarro, Malevich, Denis, Bonnard. He was Matisse’s major patron, amassing about 38 work by the artist.

Irina Antonova, Director of the Pushkin Museum, once remarked about Shchukin: “He started to collect unpopular art, which was snubbed by the Louvre and other museums. It was his personal taste. Perhaps he heard foreshocks that would change the world. Such a collector could appear only in a country that awaited a revolution. He collected art that prefigured the global cataclysms” (Wikipedia)

The problem was that Shchukin lived in an intensely patriotic and narrow-minded pre-revolution Russia.

As a wealthy man who had only collected western art, essentially ignoring Russian work, he attracted the intense criticism of his countrymen.

To them, Shchukin became an example of everything that was wrong with Russia. Even though he opened his home to the local artists and what they saw there influenced the evolution of 20th century Russia art.

Imagine loving an idea so much that you don’t bow to the expectations of your intensely critical peers and countrymen; people who can only see their way as the worthy way; believing that their way of life needs to stand out and be seen as the best and only way. Everything else must perish.

It means having feelings that went against everything you had been told to believe.

Once the revolution kicked off, his whole collection was appropriated by the state and Shchukin fled to Paris. It was then passed onto the Hermitage in St Petersburg and here we are today viewing a piece of history in Sydney.

Apart from the actual artwork that Shchukin collected, one of the highlights of the current exhibition is the 5 screen video installment which tells this fascinating and surprisingly modern story. It kept Ruby very quiet as the action jumped from screen to screen and we ended up sitting there for two screenings (Dad enjoying the quiet of a distracted baby).

The exhibition ends on the 3rd of March. You can purchase tickets here. https://www.artgallery.nsw.gov.au/exhibitions/hermitage/

For Women Who Are Married To Doctors And Run The Ship 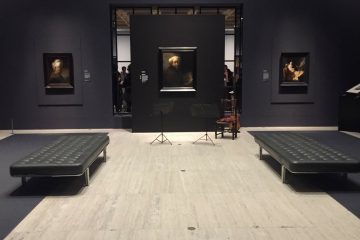 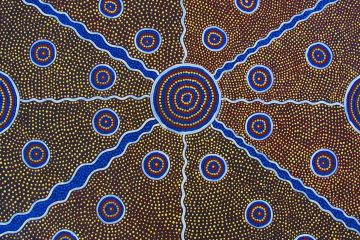