When I flicked open my Sydney Morning Herald website (directly from my browser, by the way) recently I was surprised to read about what was happening with Facebook and the Aussie news companies.

Then I laughed and gave Facebook a hat tip.

They are indeed a sophisticated, well-resourced, and shrewd operator. As a result, the Morrison government is being schooled in the art of public high-stakes negotiation.

I’m not worried about the Government though.

If Scotty and his mates have shown us anything through the 2020 bush fires (and his Hawaiian holiday – remember that?), the CV19 pandemic, and then the public stouch with China is that the Morrison government usually starts off by screwing things up. But to their ever-growing credit, they learn very quickly and usually come out victorious.

Right now they are rapidly learning how to negotiate.

A lesson in high-stakes negotiation

Now, I could be completely wrong about this. I don’t know what’s going on in the Government or over at Facebook. All we’ve got are the words of the Facebook representatives, the Government, what the papers are saying (looking through their obvious biases) and the actions of all parties.

It didn’t take long to pick apart Facebook’s principles and tactics in this situation.

It hit me when I read the words of Simon Milner, Facebook’s vice-president of public policy, saying that pulling down non-news pages was an accident.

I chuckled and started reading more.

Facebook’s actions are straight out of the Jim Camp negotiation playbook.

Jim Camp is widely regarded as America’s most feared negotiator. Many of his approaches were adapted by the FBI for their high stake hostage and other negotiations.

Now Facebook is showing us how to apply them in real life.

Negotiation Principle #1: Neediness is the greatest weakness in negotiation.

You’ve got to be ready to walk away.

If you ‘need’ to get a result, you’ve already lost. That neediness will be picked up by a skilled negotiator and used to run circles around you.

Facebook is completely non-needy. They proved it by pulling down the news pages, and a whole lot of other pages too. They’re ok with ‘unfriending’ Australia.

On the other hand, the Government and media organisations are so needy it reminded me of being in Bali for my medical elective.

We were walking through a market and I spotted a funny bottle opener, picked it up, had a chuckle and out of pure curiosity asked how much it was. Curiosity satisfied, I put it down and kept walking.

Not two steps later, the shop owner rushed over to me and lowered the price. I was surprised because I truly didn’t want it – it was just a funny trinket and I was curious.

So I politely declined his offer.

He then lowered the price even more without me saying another word. This kept happening and the price kept falling until eventually he asked what I wanted to pay, essentially, what would get me back into the negotiation.

I said no price was right because I didn’t want it and walked away.

Facebook has just said, “no, we don’t want your offer” to the Government.

The Scotty and his mates freaked out and are now chasing after Facebook like the Balinese market vendor. As the Sydney Morning Herald put it, “The Morrison government agreed to last-minute changes to its proposed media bargaining code on Tuesday in order to bring Facebook back to the negotiating table with news companies.”

Negotiation Principle #2: Be “not okay.”

Most people want to look like the strong one, the smart one, the better, more powerful and more polished one in a negotiation.

But a counterintuitive and much more beneficial position to be in is to be the one who is ‘not okay.’ The one in the ‘weaker’ appearing position. Be slightly clumsy and ‘not okay’.

That lowers the other party’s defences, makes them feel okay and comfortable about themselves, which brings down their barriers.

It’s often referred to as the “Columbo Effect.”

This is from the old murder mystery TV show, Columbo, about the LA detective. Columbo would wear a ragged coat, drive a beat up old car, bumble through his questions, apologise for himself and his ways, all the while lowering the interviewees defences and using his high intellect to reveal the truth and solve the mystery.

Simon Milner, Facebook’s vice-president of public policy, is the public face setting the tone for Facebook’s approach to the negotiations.

He recently apologised for pulling down too many pages stating that, “This is a really hard thing to do. We’ve never done it before. We are sorry for the mistakes we made in some of the implementation,”

Facebook is no longer a start-up filled with pimple faced kids trying to figure this out. They have AI, drones, as well as highly trained, highly skilled and capable people who know exactly what they’re doing.

They use human reviewers to assess whether a piece of content is news. But to implement this week’s intended ban, it compiled a list of pages it believed fell under the proposed laws and then used machine learning and artificial intelligence to remove content. There aren’t that many news outlets in Australia. A couple folks from Facey can review the list in their lunch break over an Almond Moccacino.

Pulling down a range of significant pages from a variety of industries was not an accident.

It was on purpose. It put pressure on the government from many industries and companies. It showed that Facebook was non-needy and is able to do a lot of damage if it’s unhappy. It then gave Facebook an opportunity to apologise and be ‘not-okay’.

Another Win for Zuck’s and his corporate assassins.

And finally, a third of Jim Camp’s many principles that can be seen here is…

Negotiation Principle #3: “Start with no.”

The fact that this negotiation came to the point of Facebook saying ‘no’ to the government’s offer and pulling down the pages was not an accident.

By getting to the ‘no’ it swept aside all the grandstanding and emotion. This allowed both parties to talk about what really matters – the details of the media code.

The ‘no’ was needed to get to this point.

I think we’ll find that a deal is reached very quickly at this point and the news will be back up on Facebook within a week or two.

Enjoy the show and the tutorial in high level negotiations from the best of the best, our ever friendly, unthreatening, and completely innocent ol’ pimple faced mate, Facebook. 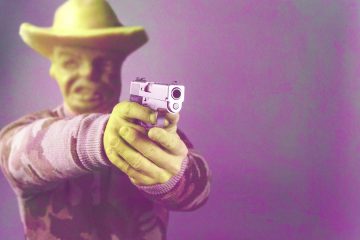 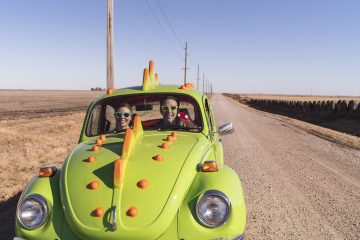 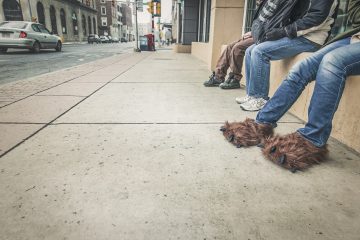 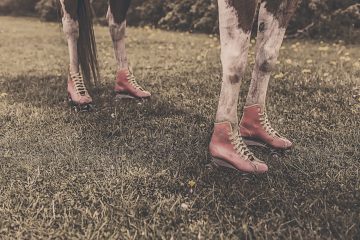