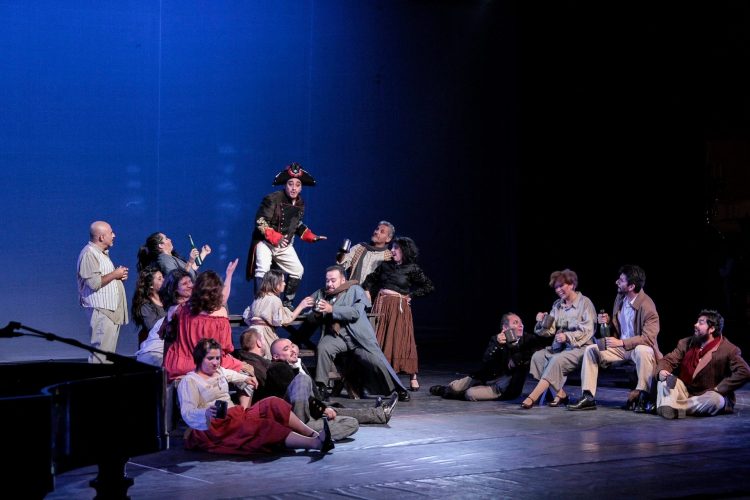 An innovative program is tapping into the craft of acting and schooling medical students in theatrical techniques to help young doctors and medical students address workforce bullying and harassment.

It is all about preparing inexperienced students and young doctors to play the role of the doctor. The program tutors participants to use their mind, body and voice to be the sort of medical professionals and health leaders of our future that they want to be.

Belittling, shouting, emotional abuse and even sexual assault and are all types of bullying that medical students and young doctors say they routinely encounter in the initial phase of their career.

As Claire Hooker, from Sydney University’s Centre for Values, Ethics and the Law in Medicine observed, “I think there’s a very common view that the way to teach well is to subject people to extremely unpleasant conditions.”

Dr. Hooker said research by colleagues within the university had discovered 87 percent of students would either witness or personally experience bullying or harassment in some form during their medical education.

“It was so common and so frequent for the people we’ve spoken to, to report a particular form of abuse [where] the junior was publicly humiliated and told very specifically they will never be a good doctor, that they are terrible at what they do and that they are unable and incapable of practising well,” she said.

A toxic culture of belittling, bullying, and bastardisation that frequently poisoned the lives of trainee doctors in some of Australia’s major teaching hospitals was exposed by ABC’s Four Corner’s program ‘At Their Mercy’. This shocking documentary stimulated moves to address workplace bullying and harassment in medical education.

One initiative designed to counteract this toxic culture is a series of workshops run for medical students and junior doctors by the University of Sydney, with the active support of the Australian Medical Association. The scheme, ‘Grace Under Pressure’, combines the university’s expertise in both the medical and theatre-media fields.

The workshops, typified by one held last year at Sydney University’s Rural Clinical School in Orange in the New South Wales central west, are based on the premise that doctors ultimately become a persona that they ‘act’ out daily during their career.

As Dr. Hooker who assisted in coordinating and developing the workshop program observed, “When being a doctor you’re playing a role.”

Dr. Hooker went on to say that actors participating in the workshop approached the act of playing a role seriously. The workshops are hoping to encourage trainee doctors to develop professionalism and authenticity.

Being Part Of An Ensemble, Channeling Visualisation And Trust

Workshop facilitator Paul Dwyer, a lecturer at Sydney University’s School of Theatre and Performance Studies, is looking to provide medical students with a positive approach to actively inhabit the role of a doctor.

Students are taught a range of skills including visualization, the art of projecting themselves into a scene before entering in it, together with trust exercises and voice projection and expression.

“I’m not teaching drama skills to doctors in order for the wards to be all singing and all dancing,” Dr. Dwyer said. Dr. Dwyer indicated he also encouraged medical professionals to explore what theatre and musical groups experienced when an ensemble worked well together.

“Everyone knows where everybody is. You’re working like an orchestra, able to rely on each other, backing each other up and there’s a great quality of focus, attention and care,” Dr. Dwyer explained.

Dr. Dwyer believes these theatre-based skills could assist a younger generation of doctors to become part of the change in banishing bullying and harassment.

Fourth-year Sydney University medical students Robbie Luelf and Sam Hewson confirmed that while they had never personally experienced bullying they were keenly aware of its presence.

Mr. Luelf confirmed the workshop was helpful in giving him “permission” to use techniques he learned during the workshop to deal with difficult workplace situations.

Ms. Hewson explained her belief that performance consciousness techniques would help her enhance her performance of her role as a doctor. She also identified the ‘ensemble’ concept of the healthcare workforce; particularly socialising outside of work was the key to dealing successfully with stressful and potentially toxic situations.

How We Compare To The NHS’s Medical Battlefield