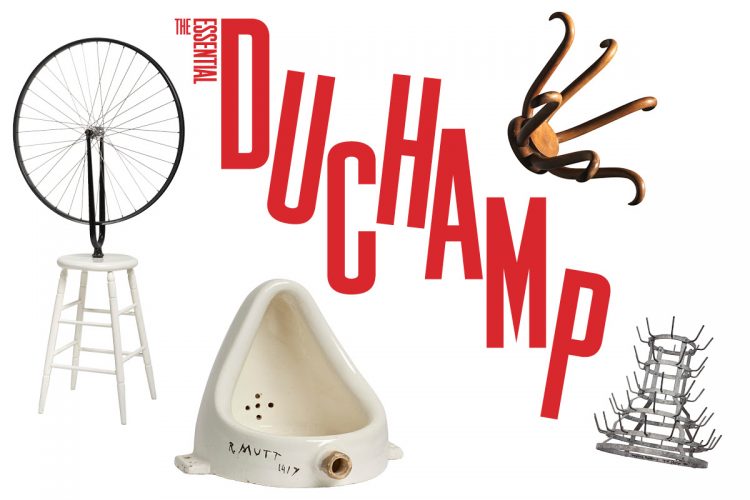 You’ve heard of the spirit-animal; the idea that if there were an animal that represented you, which would it be?

Well after attending the media preview of the Art Gallery Of NSW’s current exhibition, The Essential Duchamp, I’ve made up the concept of the spirit artist; if there were an artist who represented you as an entrepreneur, who would it be?

If you’re an entrepreneur at heart, then I’d bet its Marcel Duchamp – creator of the urinal-as-art, father of contemporary art and general all-around bad-ass.

But tell me if this seems familiar…

Duchamp started his career doing the usual thing artists do – painting. He thought that’s what you did if you wanted to be an artist.

But he didn’t just want to be an average artist, he wants to be a leader. He wanted to be cutting edge and change the way art is done. Make a name for himself.

So he said, “Stuff that. I’m joining some of these guys who are doing things differently” (not his actual words but what I imagine he would have said – only with a cigarette and a French accent).

He joined some of the popular movements in the art including the Cubists.

Now, the Cubists were led by non-other than the great Picasso.  Duchamp wasn’t satisfied being second best so he painted something that would make him stand out among the cubists – Nude Descending a Staircase. It was meant to be his way of pushing the movement forward and creating something no one else had.

The painting was in a cubist style with the new addition of the representation of movement.

But this was a no-go for the cubists. They were all about still life so the representation of movement was against the rules.

They told Duchamp he couldn’t display his work with them.

So Duchamp said, “Stuff that. These guys are too rigid.” He left the movement and decided to go out on his own. He was not going to be part of any groups anymore.

Reflecting on his progress in art and the other artist around he realised that he couldn’t compete in painting. He thought, what’s the point of being just another good or great painter?

He made a bold move and gave up painting forever.

So Duchamp went looking for a new modality, a new arena, somewhere he would stand out, be the leader, the initiator, the provocateur, the creator.

Are you seeing the connection with the entrepreneur’s journey? (Keep reading)

He started to question what art actually was. Art had always been trapped in a few traditional modalities like painting, sculpture, engraving, etc.

What if it could be done differently?

Two big things came out of this questioning, in my opinion.

His answer was, the artist.

As you can imagine, this challenged the conventional thinking at the time – and still does to this day.

A legendary tale of how far this went was when Duchamp, being rejected by the Cubists, joined with the Society of Independent Artists. They were the artists whose creations were not accepted elsewhere. They were the rejects like him. The idea was they would create a space where artists could show their work no matter what it was, especially if it had been rejected elsewhere.

This was his opportunity to challenge conventional thinking about what art is. Finally, he would have his stage and be accepted.

Duchamp took an old looking urinal, turning it upside down and signed it with a name which included a French curse word. He then submitted it to the Independents exhibition.

This pushed the boundaries past their limits. Not only was the piece of questionable artistic value, but it wasn’t even signed with the artists’ name. So it questioned the value of the artist themselves.

There was an emergency meeting by the organisers and they ended up rejecting his work. It was rejected from the group that swore not to reject anyone!

At that point, Duchamp once and for all said, “Stuff that. Groups suck. I’m going to do this shit on my own.”

Lol – I know I’ve been there as an entrepreneur.

2 – The Second big thing that came out of Duchamp’s questioning was the Contemporary art movement.

All the weird and wacky art where you think to yourself, how is that art?! Creations by artists like Jeff Koons, Damien Hurst, and many others. This is all thanks to Duchamp.

He opened the doors to individuality, creativity, and self-expression like never before. The artist decides what art is, so it can be anything.

As time went on and attitudes changed, Duchamp becomes a celebrity artist and one of the most famous of his time.

Now you’ve heard Duchamp’s story, can you see how this relates to an Entrepreneur’s journey?

Well, we all start doing the things we think we should – we get a standard job.

But something within us isn’t satisfied. It wants to stand out, make a bigger impact and make a difference. Just like Duchamp and painting.

So we join entrepreneurial communities that appear to be doing things differently. We learn a lot from them. However, there comes a time when they don’t understand you or agree with what you do.

So you decide to leave and make it on your own. You hustle, you struggle, you’re a bit of a rebel all alone. Until one day you meet other rebels, other entrepreneurs who look to be doing what you want to do. Like Duchamp and the Independents.

You team up to get their help thinking that life will be better and easier as part of this group.

That doesn’t last. You disagree. They’re holding you back and you leave once and for all realising that you need to do this on your own. You need to rely on your skill, tenacity, and creativity. Sure you get some help here and there, but when it comes down to it, you’re on your own.

This is why I loved The Duchamp exhibition currently running at the Art Gallery Of NSW. I highly recommend it to the entrepreneur who loves art.

Want to set up an online program as a doctor?