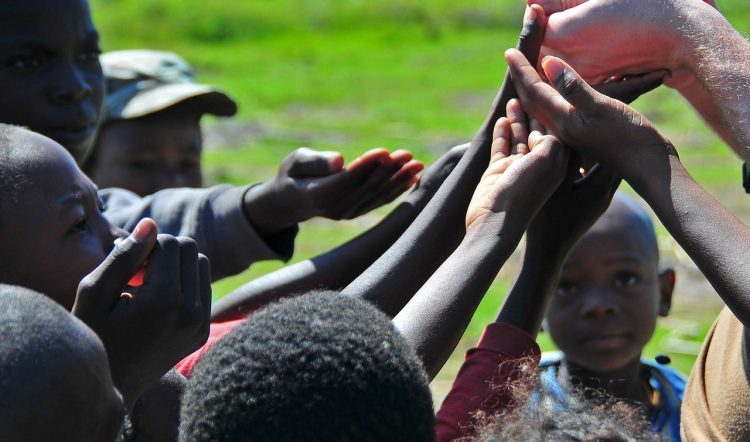 Up until the last decade of the twentieth century, ideas of philanthropy and entrepreneurship were worlds apart. Philanthropy was perceived as a way of giving back to society. In the corporate world, corporate social responsibility advocated a triple bottom line approach to demonstrate an organization’s contribution to society in recognition of the broader community’s role in supporting the corporation.

Entrepreneurship, by comparison, was seen as unashamedly for-profit with an individual dominating all aspects of the organization. In many cases, the media gleefully portrayed entrepreneurs as amoral, profit-motivated latter-day robber barons driven only by dreams of acquiring wealth together with the power to retain it.

Now two Melbourne medical doctors are showing how entrepreneurship can live comfortably with philanthropy by blazing their own social enterprise path, which integrates the concept of giving within their medical education business.

Australian moral philosopher Peter Singer, currently the Ira W. DeCamp Professor of Bioethics at Princeton University and a Laureate Professor at the University of Melbourne’s Centre for Applied Philosophy and Public Ethics, was one of the early pioneers in exploring ways of applying secular solutions and a utilitarian perspective to confronting ethical issues.

Inspired by Singer’s 2009 book, The Life You Can Save: Acting Now To End World Poverty, and the organization by the same name, Melbourne medical education company, PhysEd gives back to the community by supporting targeted charities such as Doctors Without Borders, and organizations fighting diseases such as the scourge of malaria. By donating 5 percent of their revenue, PhysEd is not only helping prepare the next generation of Australian physicians but also proving tangible support for the wider medical community.

These exams are a gruelling phase in any young doctor’s life. PhysEd has an enviable track record in assisting its students to improve their chance of passing this challenging exam.

Having undergone the exams themselves, PhysEd’s founders understand the high standards expected and have created a highly immersive approach to tackling the multiple-choice question exam format. In particular, PhysEd’s ability to recruit outstanding speakers sourced from many of Melbourne’s leading teaching hospitals to their course as part of their student preparation, together with an intensive weekend of MCQ midway through the course provides students with an opportunity to prepare rigorously for the exams.

The Satisfaction of Giving

Plunging into preparation for the Basic Training Written Exam is a highly competitive and intensely self-focused period that spans over two years of a doctor’s life. In this environment, it is easy to lose sight of the core meaning of medicine and giving to others who need your knowledge and skills.

While a sense of giving is central to the practice of medicine, the ultra-competitive studying environment with its associated striving to deliver their best on exam day can easily distract students from their original sense of purpose in pursuing a career in medicine.

In addition to emerging from studying in the PhysEd course fully prepared for the exhausting exam, students also emerge with the satisfaction of having helped those less fortunate. If medicine is founded on the concept of giving and service to the community, then the PhysEd model brings that model full circle in the new millennium.

Who would have guessed that by educating yourself for your fellowship exams, you are also helping by giving to those less fortunate? It seems PhysEd has found a new way to give back to the broader society through their business.

As many Western countries search for alternatives to their struggling healthcare systems, the combination of philanthropy and social entrepreneurship as demonstrated by PhysEd offers a new model that goes beyond the old divisions of philanthropy and entrepreneurship, instead harnessing aspects of the two to create service provision entities that are highly skilled, able to operate at the micro level and capable of contributing positively to society beyond the profit motivation.