How To Monetise Your Ideas Quickly And Easily 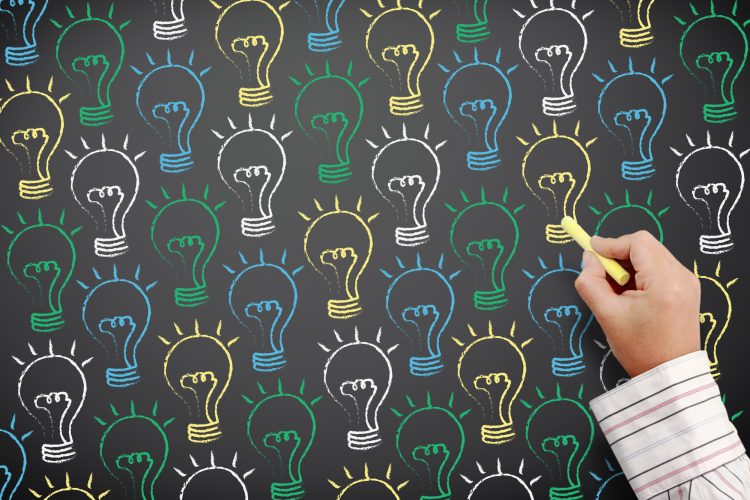 Many of the doctors we speak to have incredible ideas and big visions for the future. They want to set up programs, create apps, change the system, run courses, set up new businesses that are going to change the world in an important way. Others want to use their skills, extend their reach and make a huge impact on the world. They have a whole list of things they want to and could do.

The challenge then becomes, how do we get these ideas out of your head and into the real world. If they just remain as ideas, then nothing of real value will be created in the world. Plus, if they don’t pay for it themselves then they won’t last long either. So how do you turn these ideas into a profitable reality?

There are 3 steps to doing this and we’re going to do things differently because the trouble that most people get themselves into is that they start of with the thing – the idea, the gadget. They fall in love with the thing and then try to find someone who will buy or even want the thing. They invest a lot of time and effort into creating the thing but no one actually wants it.

To give you an example, there is a fantastic Australian app called CancerAid. It was created by two amazing doctors who I’ve had the pleasure of meeting on several occasions. They’ve done an incredible job and the users love the app. The problem is there is no one to pay them for it. They have some institutional clients and lots of investors, but it’s been a hard slog to convince people to pay them for the app. They are trying to sell it to hospitals, doctors and institutions but it’s not going as well as the guys had hoped.

This is because they didn’t build it with the paying client in mind – it wasn’t built for them. Which is completely understandable considering they wanted to create something that would help cancer patients, who end up using the app for free. However, no one will be helped if there is no one to pay.

So a more effective way of turning your ideas into reality is to start by thinking about the people who will actually be paying and benefiting from the product or service. That way, there are many people who will want to pay you for your idea. This will become much clearer as we run through the 3 steps to doing this. So let’s dive in.

(Don’t worry, we’re not completely throwing out the ideas, just putting them on the back burner for now. We’ll come back to them in step 3).

Imagine creating a business that’s based on the people you LOVE working with (like me and entrepreneurial doctors). Plus this will make the following steps easier.

[Step 2] What are the problems they want help with?

What problems do these amazing people have and what solutions would they love to have?

For example, one of the business we run, helps students pass the GAMSAT. The GAMSAT is an entrance exam for post-graduate medical schools in Australia and the UK. We didn’t start it by coming up with a great idea for a program, instead, I went through the exam myself as an applicant hoping to get into medicine. I struggled with it for years and saw that there were hundreds of other people in the same situation or worse. I knew the problems they were having and the solutions they wanted.

Once I finally got through the exam it was clear that I had the solutions they were looking for. So we created a program that clearly and effectively addressed those problems. They were very happy to pay us for the help, and have continued to do so for 12 years.

To be super clear, we offer a high-end product to one of the toughest market places, broke uni students, and it’s been booming for years.

Take your ideas and see which ones apply to the problems people are having.

Perhaps you have an idea for a professional consultancy or app for emergency departments that will help them run more efficiently. You’ve seen the waiting rooms are slow and overfilling so you want to create a cool app for it. If you jump in and make it, the problem will be finding someone who will wants it.

So we want to do this the other way around. Start by looking at the problems the emergency departments are having? Why are things slow? What are the bottlenecks? How much is that costing them? What solution would they love to have? How do they want it fixed?

Then look at how you can mold your app or idea to address these problems. Better still, come up with a new way that addresses these exact problems. That way, there will be people who have the problems and are willing to pay to get a solution and your product can fit that and be paid for.

That is a much more effective way of monetising your ideas rather than starting with the idea and hoping to find someone to pay for it.

We have had private clients who have started with an idea and desperately wanted to monetise it. That’s when we have to personalise a solution. These 3 steps are effective yet they’re general in nature because it has to suit the countless numbers of readers. This process does vary depending on the individual and idea.

In fact, I’m going into much more detail on this during a live training session tonight, Tuesday 29th at 7.30pm Sydney time. It’s free but seats are limited.

If you want to know more about how to monetise your ideas, how to turn your ideas into a lifestyle, to supplement the work you’re doing in medicine or to replace it completely, then click here to register for tonight’s webinar.

What Is Your Big Vision For The Future And Your Career?

How To Monetise Your Ideas Quickly And Easily