As every doctor knows, each person is covered on the inside and out by microorganisms. They are on your skin, in orifices such as your ears, nose, genitalia and in your guts. They are in fact everywhere. The average patient may not realise that if we were able to collect all these microorganisms and put them in a big jar and weight it, the mass of the jar will be almost comparable to our whole brain! It’s probably a fact that Germophobic patients would not even want to hear. But the truth of the matter is that micro-oganisms have taken centre stage in 21st century medical research because they may play a vital role in diabetes, mental health and the prevention of infections.

To make things simple lets focus on our gut microorganisms (gut microbiota: bacteria and viruses). Imagine that each one of us harbour in our gut different types of microorganism. They are different enough between individuals, that they can be described as a microorganism signature.

This signature is called enterotype.

In 2011, Dr Arumugam and colleagues found 3 different enterotypes based on function and the species composing the gut microbiota. (http://www.ncbi.nlm.nih.gov/pmc/articles/PMC3728647/) Each one of us belongs to one of the three clusters described so far. But what does it means in terms of medical practice?

It is unlikely that the microbiota in our gut are there just to go on a free ride. It is logical to speculate that such large ecosystem has a significant impact on our self. In the last 5 years, medical research investigating the role of the gut microbiota has flourished.

More evidence is found daily on the impact of gut microbiota and its link to diseases.

For example, Type-2 diabetes is a problem in the Australian population (4.4 %) more so considering that according to the 2014-15 Australian Health Survey (http://www.abs.gov.au/ausstats/abs@.nsf/mf/4364.0.55.001), 63.4 % of its population is described as overweight or obese and this percentage is on the rise. Type-2 diabetes is a highly preventable disease. Interestingly, the healthy eating does not only affect weight reduction but it also affects the profile of your gut microbiota. So what does this have to do with the notion of enterotype and medicine?

In December 2015, a group of experts from Europe (http://www.nature.com/nature/journal/v528/n7581/full/nature15766.html) found that the gut microbiome of certain patients partially impacted on the effectiveness of the most used type-2 diabetes drug, Metformin. So depending on the enterotype of your patient the drug prescribed will work well or be nefarious.

The notion of enterotype is also significant in mental health.

We are not equal in front of mental disorders, some people are more prone to depression, stress and anxiety than others. Is this inequity linked with our enterotype?
Gut microbiota is suspected to have significant impact in mood disorders such as depression, schizophrenia, autism and anxiety. Recently, a group at Cork University leaded by Professor Cryan showed for the first time that the gut microbiome is involved in the regulation of myelin-related genes in a region of the brain (prefrontal cortex) known to be involved in emotional learning (http://www.nature.com/tp/journal/v6/n4/full/tp201642a.html). The significance of this study is that not only the loss of gut microbiota in mice affects the thickness of myelin sheath but also affect the expression level of myelination genes. From the physiology to the genes, this study highlights the extent of the power of the gut microbes. It is therefore not surprising that some expert described the gut microbiota as a new tool to investigate and potentially treat mental disorders such as autism or depression (http://www.ncbi.nlm.nih.gov/pmc/articles/PMC4822287/). Considering that 17.5 % of Australia population have a mental and behavioural condition (http://www.abs.gov.au/ausstats/abs@.nsf/mf/4329.0.00.004), it is important that we are ready to turn our practice towards the use of more “lively medicine” in a near future.

Antibiotics plays a role as well.

Dr Pamer, in the recent issue of Science (April 2016) (http://science.sciencemag.org.ezproxy1.library.usyd.edu.au/content/352/6285/535) reviewed the damage induced by antibiotics on the gut microbiota which enhances in return our susceptibility to infections. He also highlights the importance of restructuring our gut microbiota to reduce infection by using next-generation probiotic. However this next generation “live medicines” as he named them, are far from being ready for clinical trials. In addition, they will have to make these “live medicines” made-to-measure for a given enterotype.
Probiotics is a big business however when we dive into the gut microbiota/ body interaction research, we realised that so much is yet to discover. We are far from domesticating and understanding our gut microbiota and its implication on our health and behaviour. Research is still needed and growing in order to enhance our understanding on the microbiota/body interactions.
We know but don’t know at the same time where the notion of enterotype will bring medical practice but one thing is sure is that it will change the way we view and treat patients. 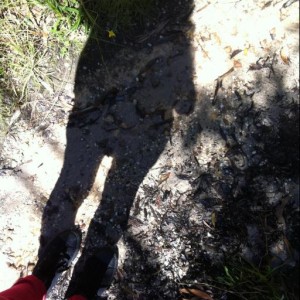