It’s a sad moment when a doctor says they don’t want to ‘reveal their IP’. It signifies the premature death of a business. It means their idea will never come to fruition.

They will spend too much time patting themselves on the back for having the idea, they won’t get any feedback from people who can actually help, they miss the main ingredient of what’s required to bring an idea to life (see below), and they may even waste tens of thousands of dollars trying to ‘protect’ their idea before they eventually give up or someone with the same idea and much more business savvy beats them to it.

The truth is that ideas are a dime a dozen. In every pub there are people who claim to have a world changing idea; ideas for gadgets, for a startup, for a book, for a product that they think will make millions and change the world. The problem is that most of them don’t go anywhere. They never come to life.

This want to keep your idea secret, stems from a fundamental misunderstanding of business. Most people believe that all they need is a great idea and then they’ll be rich and successful. They go around saying it to people; “if only I had come up with that idea, I’d be driving around in a Lamborghini and have no problems either”.

They think that’s all it takes; have an idea, patent it and cash out. Successful business people are seen as lucky or somehow gifted with ideas. 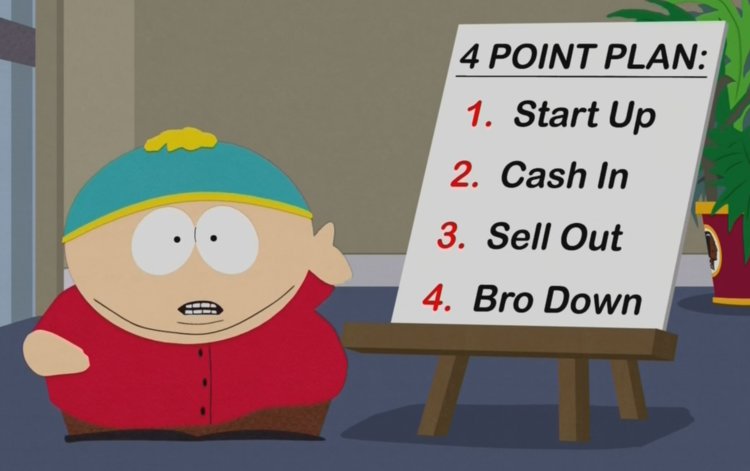 So when these individuals think they had a good idea, they guard it because if someone hears it, they can easily patent it and easily cash out and steal all their money and glory. I can reassure you, that it sounds that crazy whenever someone doesn’t want to discuss their idea. It’s an understandable yet naive view of business.

What most people don’t see is what happens behind the scenes to bring an idea to life. The effort, the mistakes, the failures, the hard lessons, the ups and the downs, the betrayals, the fear, the courage, the time, the money, the hard work to take any idea and bring it to life.

It’s not the idea that counts. Your idea has been thought of before. It’s the implementation of it, that’s the most important part. It’s the way it’s managed and brought to life, and to a smaller extent, the speed at which it’s brought to market. It’s the ‘doing’ that counts.

You’ve probably experienced the situation where you see a new product or business and think, I had that idea a while ago! There are countless examples of people having the same or similar ideas but failing in the implementation or even implementing it completely differently.

For example, Thomas Edison and Nikola Tesla both worked with electricity but in different ways. But most people credit Thomas Edison with the practical application and profit from electricity. Why? Better execution and business savvy.

In fact, there are often individuals who have the same idea, at the same time, but are on different ends of the earth and not connected to one another. In the book ‘So Good They Can’t Ignore You’, Cal Newport explains how this occurs. For example, in 1611, sunspots were discovered by four scientists from four different countries in the same year. The first electrical battery was created twice in the mid-eighteenth century. In fact, researchers from Columbia University found just under 150 different situations where the same discovery was made in multiple places around the same time.

The way this occurs, according to Newport, is “the next big ideas in any field are found right beyond the current cutting edge, in the adjacent space that contains the possible new combinations of existing ideas.” So if there are multiple people working on the cutting edge (in this day and age, there are many people on the cutting edge), at the same time, they can come up with the same combination of ideas leading to a new discovery at the same time. So you’re actually in a race to get your idea out because there are others who have it too.

Even speed to market isn’t always important. You don’t have to be the first. For example, Uber was not the first or only company to think of ride sharing.  The idea was out there, but Uber stands out in implementation because they had help. Can you imagine if the founders wanted to keep their IP to themselves and not get the help and advice of experts? They would be sitting around a kitchen table with a glass of wine talking about how brilliant they think they are but not knowing how to actually grow the business. They needed the guidance to expand the company quickly and effectively to what it is today.

Amazon wasn’t the first and only company selling books or other products online, again, the idea was out there.

Even if you get your product to the marketplace, different people implementing the same idea will do it in different ways and create different products. Take computers for example; many had the idea to build them and executed them at the same time but with varying results. For example, Dell vs Apple vs Toshiba vs IBM, just to name a few. The individual touch, the values and philosophy of the founder, the creative process are unique every time.

You need to be the best in your execution. How do you do that if you’ve never run a business before? By getting advice from those who can help.

As you can see, your idea isn’t the important part, it’s the implementation. Getting the word out, testing and refining is where the magic happens, especially from mentors who know what you don’t.

At the Doctors Collective, we speak to many doctors about their businesses and ideas. We provide guidance and help refine the execution of that idea. Hearing that someone doesn’t want to reveal their IP is really sad. It shows that, apart from having trust issues, they are very new to business and have no idea about the realities, thus they need the business help they are rejecting by not discussing their idea. Plus, usually, they think their idea is greater than it really is. It’s fear based thinking that is holding you back. When we hear this we know that their idea will go nowhere.

Getting an idea to market takes such a huge amount of time, effort and focus that if someone wanted to steal your idea, they would need to give up everything else they are focusing on, put in their money and time into your idea – which no one cares enough to do. And even then, the outcome will be very different to what you had in mind anyway.

The truth is, they don’t care enough to steal your idea because they have their own successful businesses and lives to lead. Ultimately, you are only shooting yourself in the foot until you trust yourself enough to reach out and get the help you need.

This image says it best: 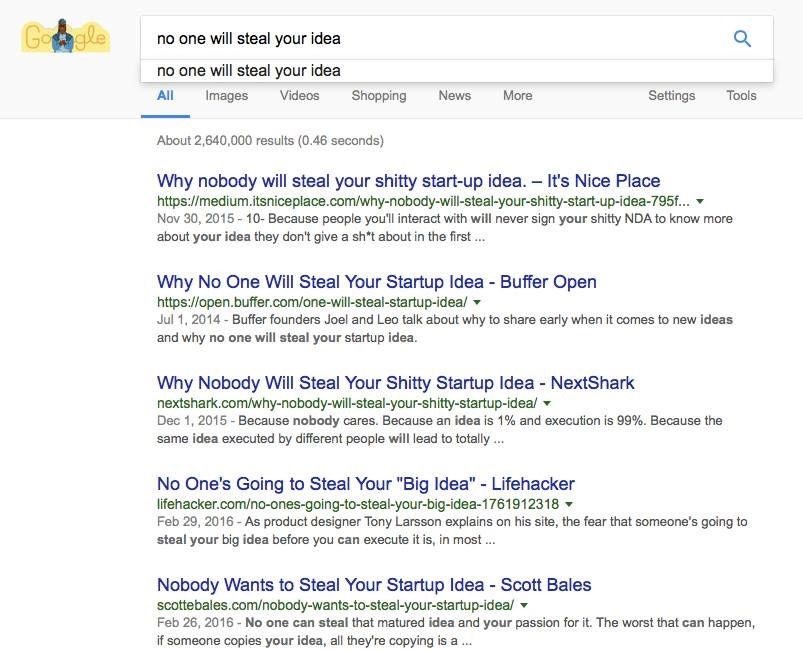 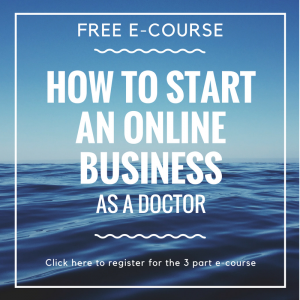 Why MBAs are a Bad idea for doctors in business

Want to get creative with your career in medicine?