Today’s article is written by our guest writer and cancer survivor Dawn Russell.

Heading up The Heartware Group, and creator of the Heartwired® Leader program and the Top+Down+Inside+Out® approach, Dawn Russell is passionate about workplace culture – speaking and writing about it regularly.  Also an Amazon international, #1 best-selling author, Dawn has published two books: Heartwired! How Progressive Organisations Are Adding 20% and More To Their Bottom Line Through Engaged Leadership (2016) and This Little Piggy Went to Market (2011).

The journey ahead was overwhelming.  Terrifying.  A path into unknown territory.  I felt scared, alone and powerless…swamped by my frightening perceptions and beliefs about what lay ahead.

And here I was, barely around the first corner, when my way was blocked by a glittery-eyed, pointy-toothed, long-taloned, fire-breathing dragon…

My hackles rose, but intuition told me that brandishing a sword was the wrong way to tackle this monster.  Instead, I found myself simpering and supplicating.  Making myself small so I could negotiate this additional, unwanted challenge on what was already a daunting path.

After surviving that obstacle, I was flooded with anger and outrage.  How could anyone want such a terrifying, vicious creature as their front-person, in what is surely an environment that requires compassion and understanding?

“Maybe this is my first test of strength and resilience,” I told myself half-jokingly.  “Perhaps they’re getting me battle-fit for what’s ahead?”

Interrupting my now re-emerging warrior self was the little victim fellow who I discovered would dog my footsteps throughout my journey.

“It’s not fair.  We don’t deserve to be treated like this. It’s not fair… they know we’re sick…possibly dying.  How can they treat us this way?”

The internal battle raged.  My warrior self was exhausted after the encounter with the dragon and the victim’s whisper was seductive.  But when the dust had settled, all that remained was an agreement that there was clearly room for a better approach.

Then came the next test.

Congratulating myself that my skill and experience with dragons was now firmly embedded and easily transferred, I was caught completely unaware by the lifeless, cold fish I came face to face with at the head of the next challenge.

The radiation oncologist’s receptionist was unmoved by my now well-practiced supplication and subservience.  Forced to adapt once more, I conjured up what can only be described as the court jester.  An overly bright, jolly character whose sole aim was to please.  To do anything to raise a smile, a glimmer of life in this limp creature’s eyes.

A morose moray eel in charge of the aquarium of the waiting room.  A glass bowl where recent survivors watch intently the efforts of the next victim, in the hope of discovering some key to coaxing even faint warmth from this lifeless specimen.

Why would the leader of any team choose a sentinel with zero empathy for the situation their patients unwillingly find themselves in?

I blame the doctors!

Because staff take their lead from others around them…especially those in a position of authority and influence.

And in my experience there’s a direct correlation between doctor and receptionist.  The higher the doctors’ opinion of themselves, the more condescending the receptionist.  They thrive on wielding their self-appointed power.

Staff reflect what their leaders enable, model, ignore or tolerate.

In the medical environment, I find it challenging to describe doctors as “leaders.”  For the most part, they don’t deserve that title.  They’re merely “employers.”

But I would argue that no real “leader” would allow or tolerate the behaviour we “patients” endure, on a daily basis, from the staff they employ.

Personally I have never experienced such disdain, such detachment and been so dismissed for my humanness in any other industry.

I long for a new breed of doctor who truly cares…not just about us, their patients, but about their staff and the way their staff treat their patients.  Doctors who want the patient experience to be an accurate and living reflection of the difference they want to make in the world.

And I know I’m not alone.

Appetites are changing.  The general population has access to more information and knowledge than at any previous time in history.

Gone are the days when society was overawed by people in positions of authority.  When those in authority were seen as upholding the moral fabric of society.

As patients, we have more questions, more curiosity, more skepticism.  Most of it fuelled by search engines.  We’ve all learned that holding “rank” does not necessarily equate to having moral integrity or all the answers.

There is also far more competition, and people are not averse to changing providers if they feel poorly treated.

And there’s the thing.

The treatment we’re talking about here is NOT medical treatment.

It’s the customer service, or human, treatment that is encountered at the first line of defense…a line of defense that is responsible for EVERY first impression.

They walk from their room and collect a patient file, barely acknowledging the presence of staff.  They call the patient name, turn on their heel and expect the patient to follow.  They shut the door.  When the consultation is over, they show the patient out, close the door and return to their desk.

Within a few minutes, the same process takes place.  In fact, that whole process is played out over and over throughout the day.

The doctor operates behind closed doors and is blind to what takes place beyond.

Admittedly, that adds a layer of difficulty to leadership that doesn’t necessarily exist in other professions.

But the new breed of doctor will be willing to find a way to lead, influence and inspire the people around them

…without watching their every move.

They’ll have the courage to challenge tradition.  They’ll shake the status quo.

They’ll want to pioneer a new standard in patient experience.

To do that they’ll need to employ a different breed of receptionist.  Not those who see working for a doctor as a status symbol or a means of wielding power.  Not those who just want to fill in some hours while the kids are at school.

They’ll seek out staff who innately share their desire to care and help.  Staff who thrive on being part of something bigger than themselves – where they can make a significant contribution to the greater good.

Anecdotally, when I ran a workshop for the reception staff of my own, new-breed GP, I asked people to indicate why they had chosen to work in medical reception.

To the deep concern of the practice doctors, only 1 of their 12 staff cited “enjoyment of helping people” as their motivator.

Predominantly, it was convenience of location and flexibility around school hours that influenced their application.

That ratio has since changed because we implemented a strategic and gradual shedding exercise, replacing staff who were not a good “fit” with people whose motivation was closely aligned to the doctors’ own values.

Today’s patients want doctors who lead their staff in creating a welcoming, supportive, compassionate experience.  They don’t want doctors who allow a culture of indifference and disdain to flourish.

That calls for a new breed of doctor.

A doctor who treats their practice like a real, world-class business, where they invest in staff and encourage the best from the people they employ.

Where they establish standards and manage performance to ensure their staff accurately and consistently reflect their own personal values.

And where they lead and inspire, and embrace others in their desire to do something extraordinary together in their time on this planet.

Guaranteed, it isn’t an easy shift.

It will take men and women who think differently, who want to break the mould, and who are sick of feeling like they don’t fit in.

Are you ready to lead the way?

Is it wrong for doctors to be in business? 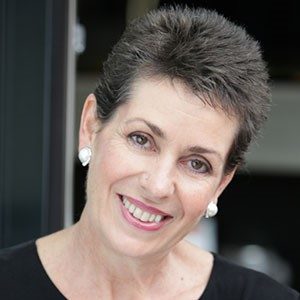 Heading up The Heartware Group, and creator of the Heartwired® Leader program and the Top+Down+Inside+Out® approach, Dawn Russell is passionate about workplace culture – speaking and writing about it regularly. Also an Amazon international, #1 best-selling author, Dawn has published two books: Heartwired! How Progressive Organisations Are Adding 20% and More To Their Bottom Line Through Engaged Leadership (2016) and This Little Piggy Went to Market (2011).